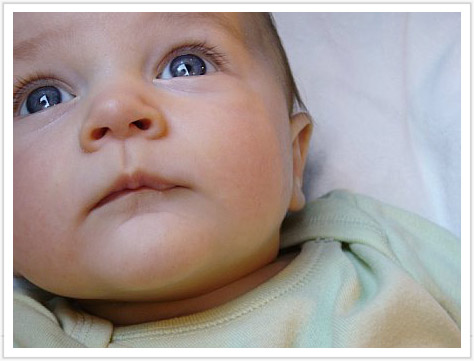 I can’t believe it…4 months old. Jesus, what a geezer.

I never planned to be a monthly-baby-updater-person, but I just realized that if I don’t document here, it will definitely be lost in the dusty recesses of my noggin forever. So, essentially, this is more for me than you. Feel free to vomit from boredom.

So here goes…where to begin…

How about the fact that Wito weighs 17 pounds. Um, yes, he is large and in charge. He loves to eat, and when I say he loves to eat, I mean he loves to eat in a screaming-banshee-head-butt-your-mama-in-the-face kind of way. Honestly, the only time he screams like he is in some sort of painful agony is when I stop to burp him in the middle of the feeding. I’m pretty sure the neighbors think I am hanging him by his toenails over here.

He has been such a good sleeper the past two months- we are so blessed. He pretty much sleeps 10-11 hours every night and doesn’t fuss for more than a couple of minutes when we put him down. However, currently we have had some hiccups in the sleep department. Ever since I’ve returned to work, he has woken up at 3:30am and fussed for an hour. I find this extremely funny. Not funny in a ha-ha kind of way; more in a jab-baby-spoons-in-my-eyes kind of way. Far be it for Wito to wake up in the wee hours when I am on maternity leave and can take catnaps during the day myself. Nope. Not so much. Let’s just wake up and cry when mom has to be selling pharmaceuticals to highly analytical physicians at 9 the next morning. Sweet.

I keep telling myself it’s his way of trying to spend time with me since I’m noticeably absent during the days. Yeah right.

Currently, we are in the process of releasing the swaddle. My hottie pediatrician told us it was time to quit swaddling him. WHAT? You should have seen the fear in our eyes when he told us this information. You mean put him in the crib UNSWADDLED?! With his ARMS just FLAILING about?!! HUH?! WHAT?!

Um, this unswaddling thing is hard. Poor Wito just looks at us like “What in the hell am I supposed to do now?” and starts vigorously flapping his arms up and down like a crazed bird. And then some crying begins. Loud crying. Screechy crying.

Anyhoo, we are taking it one limb at a time. We are currently in a right arm swaddled, left arm free, legs swaddled at night but not in the day mode. Kind of sounds like Twister, The Not Fun Edition.

He has the most darling giggle, loves to be tickled and sung to (ABC song) and has extremely strong legs and long fingers. He gives himself the hiccups when he becomes overly excited. His favorite place in the house is his changing table because hey, the kid likes to be groomed and fussed over (just like his father). He also is utterly transfixed with these Ikea woven panels in his room; like, he smiles and TALKS to the panels. Kind of reminds me of a little girl who thought a pie-making queen lived in her bedroom curtains.

This week he started rolling over, turning the book pages when I read to him and pretty much refusing the twins.

Yep, Wito likes the bottles. And it’s pretty amazing how quickly my supply dwindled when I returned to work. But I am still breastfeeding in the morning and evenings, and it seems to be a mutually satisfactory partnership.

It’s truly amazing how much this child grows physically and mentally every day. I swear, when I walk into his room in the morning, he actually LOOKS bigger than the night before. 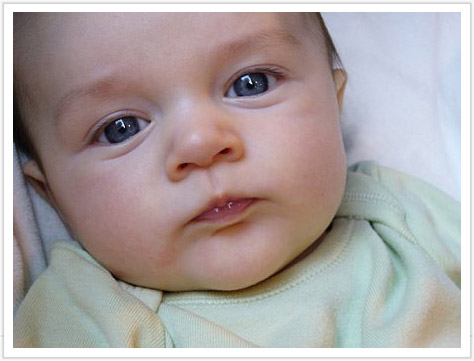 Oh my goodness, I’m in love.

Now, back to the regularly-scheduled intermission. Bye!