Ladies and gents, I’ve had a crazy week. You see, I’ve been on vacation with my family, which included a little bit of this:

La Cucaracha from whoorl on Vimeo.

(Wait, doesn’t everyone have a 6-foot statue of Captain Hook included in their vacation rental?)

A little bit of this:

And, a little bit of this: 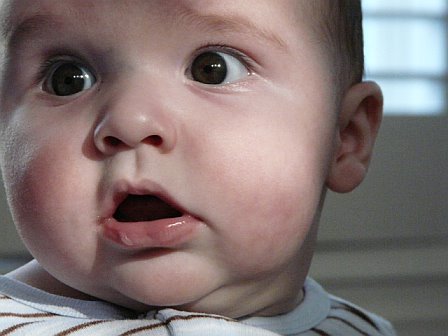 Meanwhile, my job responsibilities over here are morphing a bit, and of course, the New York Times article made its appearance and rendered this site inoperable for several hours.

As much as I would like to pretend that I calmly waited for Thursday morning’s arrival by speaking phrases such as, “The NYT’s Thursday Style section is quite a treat and the piece should be just delightful, my dears. Now, pass the bubbly, Ronald!”, that’s not exactly how it went down.

On Wednesday, the butterflies made their presence known. The interview and photo shoot were both so exciting, but I really had no idea about the size and scope of the article. By 4pm, I had decided with the utmost certainty that the title of the article would be:

My family decided I was in need of some adult beverages. Now, I usually have no issues with drinking a martini (need to create a new, exciting dinner? Try drinking a martini! Just watch the cooking improvisation unfold!), but the adrenaline building in my body created some sort of catalyst, hurling me into the galaxy of drunkity DRUNK.

D and I returned home around 10:30pm, I set the alarm for 6:00am (our local coffee shop only sells 5 copies of the NYT and I HAD TO HAVE ONE. Or three.), and clumsily plopped my head on the pillow.

I groggily mumbled “UGH”, grabbed my pillow and trudged into the living room, where I attempted to watch the nightly news with one hand covering my left eye. You know, to reduce the television rotation.

(Lightweight, I tell you!)

I must have succumbed to one hell of a deep slumber because I woke up at 2am on the couch, completely disoriented and apparently very hot, evidenced by my turning the thermostat ALL THE WAY in one direction to cool off the room.

I made it to the bedroom, crashed into bed and immediately fell asleep.

What happened next can only be described as moderately painful. The alarm went off. My mouth was dry. It felt incredibly hot in the bedroom. I stumbled into the living room, or what felt like the fiery pit of hell, looked at the thermostat and the room temperature was registering a balmy 86 degrees. I had turned the thermostat the wrong direction.

Did any of you see the Sex and The City episode where Miranda drinks 1,000 martinis with the extremely good-looking detective and wakes up with the worst hangover in the history of mankind? 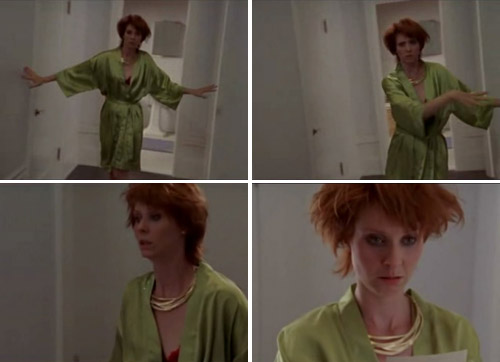 Still not getting a crystal clear visual? 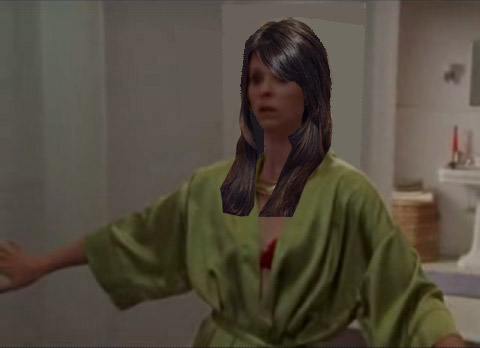 Luckily, I made it to the coffee shop in one piece. Wearing jeans, my pajama top, and smelling of vodka. I’m pretty sure I couldn’t have PAID anyone to believe that was me in the photo.

Let this be a lesson to you all. Butterflies and alcohol do not mix. Go forth and spread the word, my friends.