You all, we got The House. We. Got. The. House. CAN YOU BELIEVE IT?

Let me back up a bit. So, I wrote the post. Several days passed…D and I were still in the dumps about losing the property, and we just couldn’t buck up and move on. Now, besides my flair for the occasional overly-dramatic storytelling session, I’m not an overly emotional person. Nor my husband. In fact, we’re pretty pragmatic when it comes to most major situations. We’re fairly good at dealing with whatever is thrown our way and moving on.

Except…this house. This house was consuming our thoughts. We continued to drive by it, we would call our realtor just to “check in,” and we STILL talked about what we would do with the house if it was ours. We were uncharacteristically and utterly bummed out.

A week passed, and our realtor let us know that the listing agent confirmed that everything was moving along with the prospective buyers according to plan. At that point, we decided we just had to move on. Although, you guys, I had reached an all time low when this happened.

Dude. I almost bought that thing. Like, reaaalllly considered it.

Luckily, my parents were coming into town that weekend, so I shifted my focus. It was Wito’s birthday weekend! My parents were arriving soon! Hooray! (still crying on the inside)

The weekend was perfect. (And yes, we drove my parents by the house. OF COURSE WE DID.) We celebrated Wito’s birthday, went to the Orange County fair, ate at all of our favorite restaurants, and had a blast. Cue photo collage. 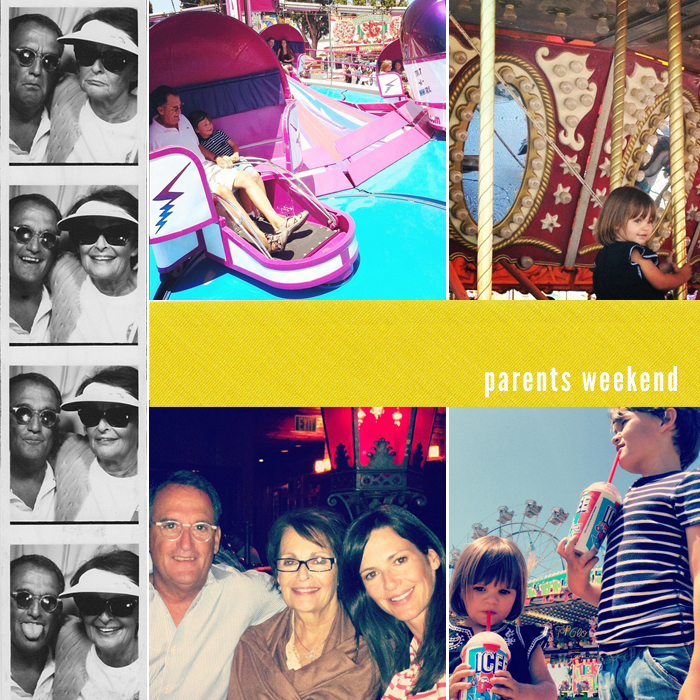 See? Good times. On Saturday, upon returning from an errand with my mom, I walked into the kitchen to see D staring at me with a little smirk. He told me that our realtor had called while I was gone, informing him that things weren’t looking so good with the current buyers. The owners wanted to know if we were still interested.

We put in a backup offer. Our offer was accepted. However, our realtor begged us not to get our hopes up. Just because our offer was accepted didn’t guarantee that the original buyers would walk. They still had the power. So we waited. And waited. And on Tuesday, we got the call that the buyers had given verbal notice that they were out. Let me just say, that night was tough. All we wanted was a signed document stating it was done. That came shortly thereafter, and we opened escrow.

Holy moly, you guys. We are over the moon.

And this is just the start. We have waited and waited and waited to buy our first house (see? pragmatic), and now it’s finally time to make a house our own. Oh, the plans we have for this one! A lot of work, but it’s terribly exciting. I hope you don’t mind if this space becomes a little heavy on the home remodeling/design over the next couple of months because I really want to document the transformation from start to finish. (Let me just say…it sure pays to be married to an interior designer. I woke up this morning to our new kitchen plans sitting next to the bed.)

I’m just so happy. This weekend, I think a little champagne is in order.