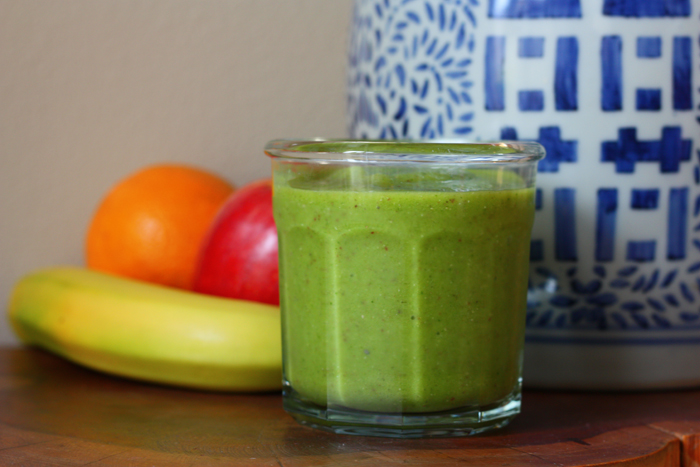 Oh, you guys. The Vitamix. THE VITAMIX. I love it.

(By the way, the Vitamix talk is all me. I have no ties to Vitamix – I bought it with my own money, and there is no sponsorship going on. And, as a reminder, if/when I write a sponsored post, there will always be a disclaimer at the end of the post. Cool? Cool.)

The whoorl household pretty much morphed into a smoothie test kitchen this weekend. I was trying out all sorts of smoothie recipes, while experimenting with my own fruit/veggie combinations. We had some hits and misses, but I pretty much nailed it with this one. It is an adaptation of the Laughing Gorilla from the Vitamix Live Fresh cookbook – I added some chia seeds and an apple and omitted one of the oranges. I christened the delicious concoction the “Whoorlie.” 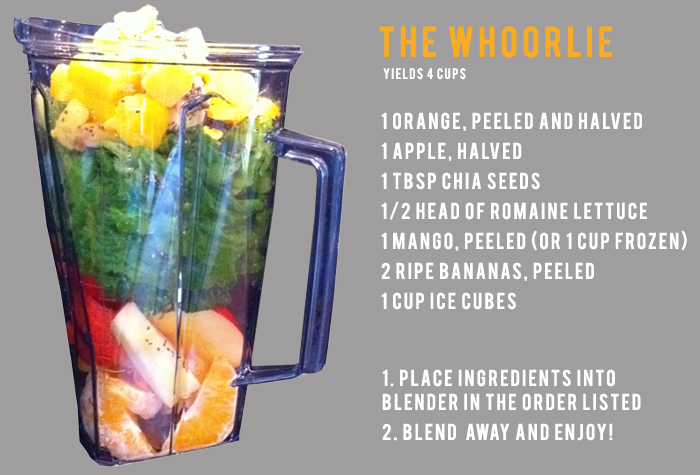 You guys, this was so unbelievably delicious. When Wita hit the bottom of her sippy cup, she started crying. CRYING. We had to bust out a spoon and feed her every last drop, as you can see below. 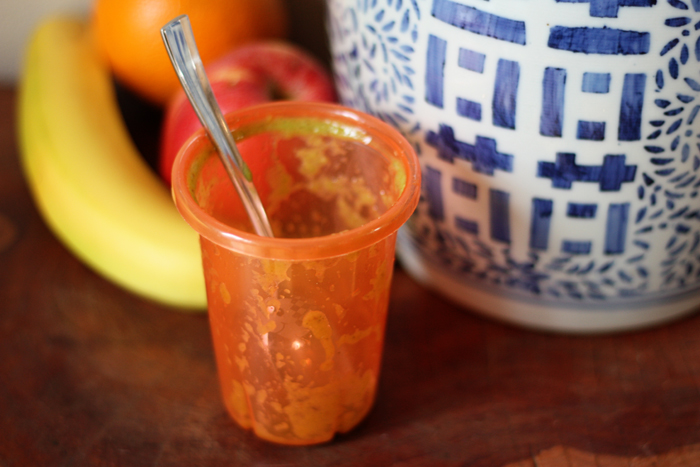 Now, as much as I would like to say that EVERYONE initially loved the smoothie, Wito pretty much freaked out when he saw the green color. I asked him to take a sip, and although I could totally tell he liked it, he pulled the whole “I can’t eat it because it’s GREEEEEN” drama. So I poured it back in the blender, added a handful of blueberries, and voilá, purple smoothie. Suddenly, this smoothie (which tasted the exact same), “was the BEST SMOOTHIE EVER,” according to Wito. 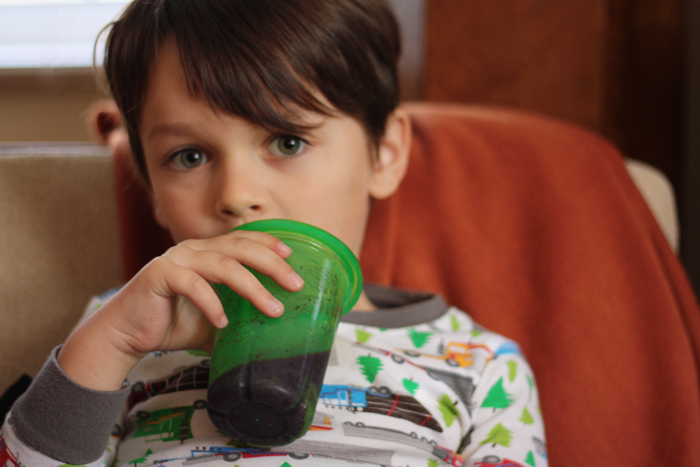 Kids, man. What can you do?

You all have got to try this one out, but also, let me know if you have a favorite smoothie recipe!