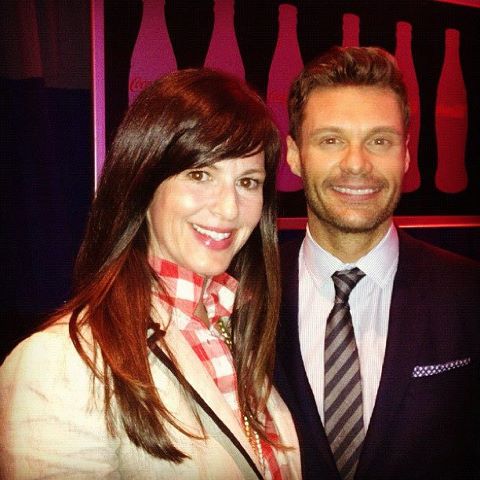 As if all the wonderful things that happened last week weren’t enough, I was invited by Coca Cola to the American Idol Finalist Party last Thursday night. D and I are huge fans of American Idol; in fact, it is the only show that he will watch with me, so it was kind of a big deal for us. If you watch American Idol, you know that Coca Cola is a huge sponsor of the show, and we got to learn all about the Coca Cola Family Night Music Cover Artwork contest which has a grand prize of 4 tickets to the American Idol finale. As Randy would say, “DUUUUDE.” More on that in a sec.

The party was amazing. D and I totally stalked the press line, trying to get a closer look at Randy and Steven. (We never saw J Lo, though.) 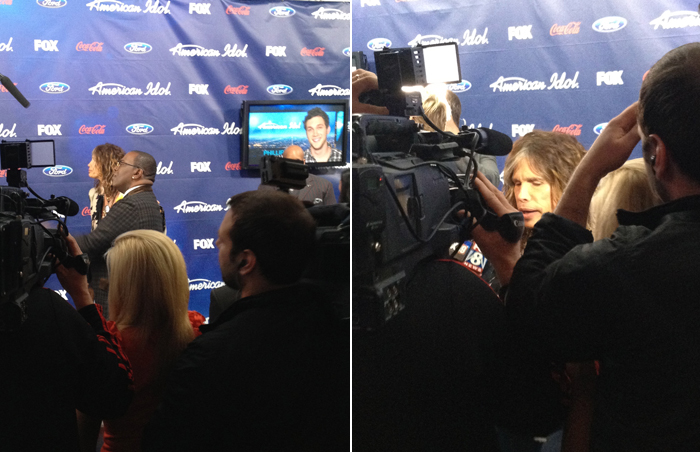 Steven! Randy! Phillip Phillips on the TV! (The show was still airing on television while the party was actually happening.)

While checking everything out, we suddenly heard that Ryan Seacrest was nearby, and next thing I knew, there he was. Now, I’m the type of person that likes to hang back and watch things like that all go down, but NO. D was ALL ABOUT me meeting Ryan Seacrest. He kept nudging me over there telling me to just say hello, and of course, I was like, “what am I supposed to say to Ryan Seacrest?”

Well, here’s what went down.

1. Introducing myself to Ryan Seacrest.

2. Telling him WHAT a fan I am of American Idol. (The hand on the heart just drives the point home, doesn’t it?) I proceed to tell him that I’ve watched the show since Season 1. He says to me, “You grew up watching the show then.” At this point, I should have realized this is a textbook reply, nodded my head and called it a night, but I am so confused. Does he think I’m twenty? I should be happy with this development. Instead I say, “Well, I wouldn’t call it growing up necessarily; I mean, I’m forty.” (For the record, I’m 37.) He replies with, “Oh! Well, I’m right behind you then. I’ve got a few more years to go before the big 4-0.”

3. I then proceed to tell him that, actually, I have a few years to go too! I am, in fact, not forty, but you know, close to forty. Like him! We are the same! So similar, the two of us! I wonder if he thinks I’m crazy. Make up your mind, woman! How old are you? Things are confusing. He puts his hand on my shoulder, probably concerned for my well being.

4. He says, “well, you should own it!” I break out into hysterical laughter and run away like a thief in the night.

Moral of the story. I don’t think I’m good at chit-chatting with celebrities. 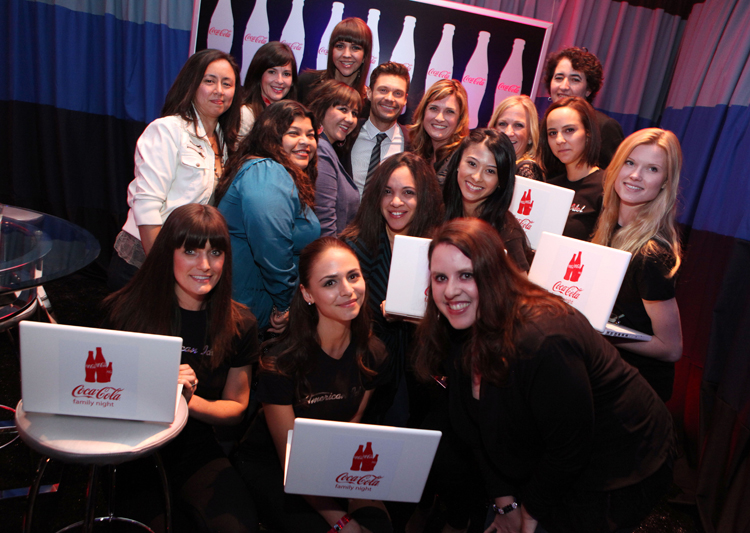 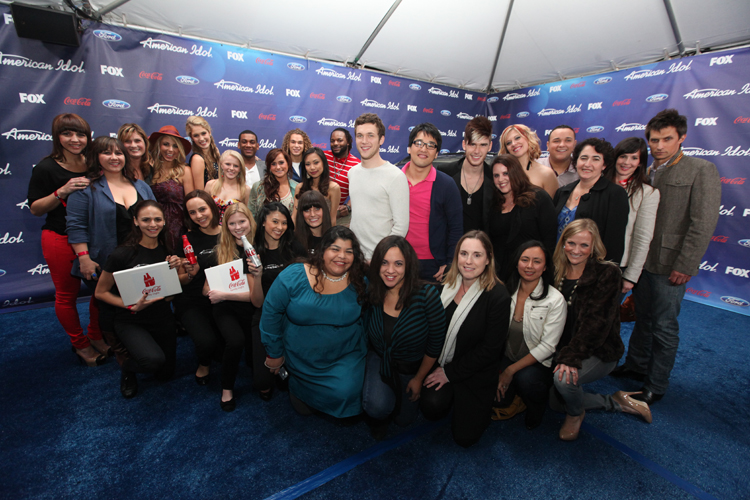 We also got to meet the finalists, and I am telling you right now, that Jeremy Rosado is the sweetest young man ever. He shook my hand like three times, thanking me for being there over and over. Vote for Jeremy!

All in all, it was such a fun night. Thanks to Coca Cola for inviting us to the party. We had a blast!

Remember, if you are an Idol fan, be sure to enter the Coca-Cola Family Night Music Cover Artwork contest before March 13th! If you create the winning music cover, you will win 4 tickets to the Idol finale! (If you win, feel free to take me with you.)