Wait! First, you need to look at my highly-scientific chart! 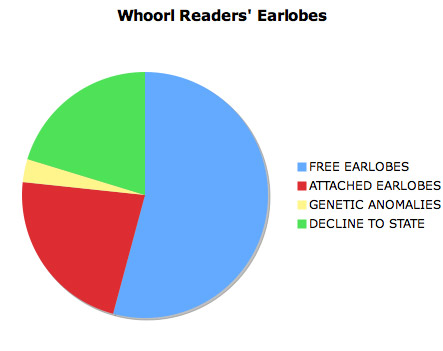 Yeah, I created a pie chart while watching American Idol last night. What of it?

(Did I hear you mumble “douchebag”? HUH?)

According to Wikipedia, “Genetically dominant, free earlobes are twice as common in the human population as attached lobes.”

No shit! Thanks to MY highly-scientific poll, I can assure clinical geneticists around the world that the research hasn’t been in vain! Free earlobes are twice as common! Whoorl readers PROVED IT.

Oh yes, the contest. I found some sort of random number generator website thingymajig, entered in the official number of comments, pressed the go button and: 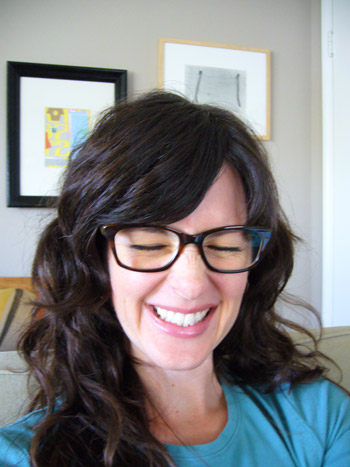 I can’t look! The suspense!

And the winning random commenter is: 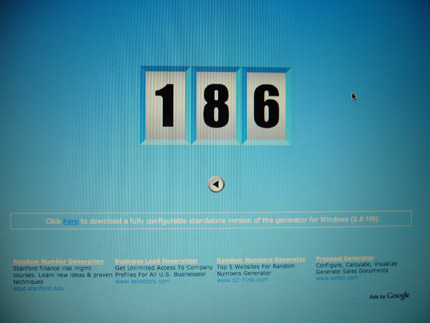 Congratulations to the Ear Measurer! I’ll be emailing you shortly.