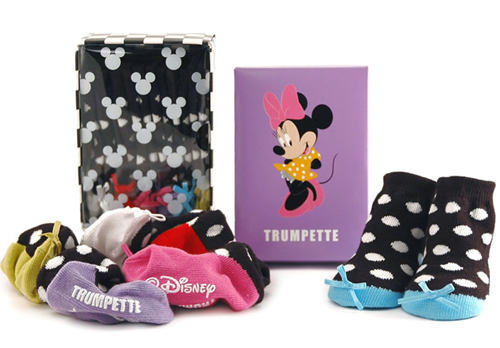 Living in Southern California, Disneyland is a pretty big deal around here. We’ve been many times with Wito (once already with Wita) and watching the wonder in his eyes never gets old. Plus, Wito has been a diehard Cars-aholic for over two years now. To say we are waiting with bated breath for the new Cars Land to open at California Adventure is a huge understatement.

When the folks at Disney Consumer products heard I was having a girl, they sent over the sweetest Disney gifts for Wita. (And Wito too!) I received some of their new nursery items, but I really fell in love with these Minnie Trumpette Socks. Trumpettes have been my favorite since Wito was born for their stay-on-ability (that’s a word, right?), and we are totally reusing them on Wita. However, now Wita has her own special pairs! Take that, hand-me-down city!

Also, Wito felt super important when he received some rad Cars stickers and racing suit pajamas. Can you tell? 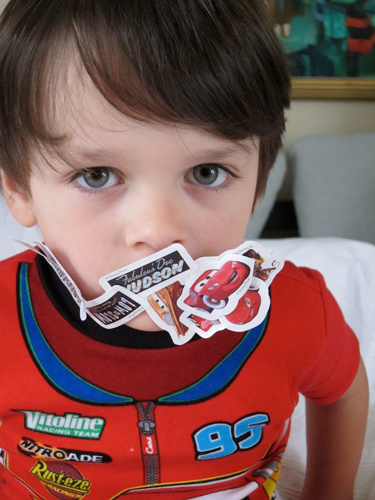 We are going through a stickers-on-the-face stage. Don’t ask.

Thanks for the treats, Disney!