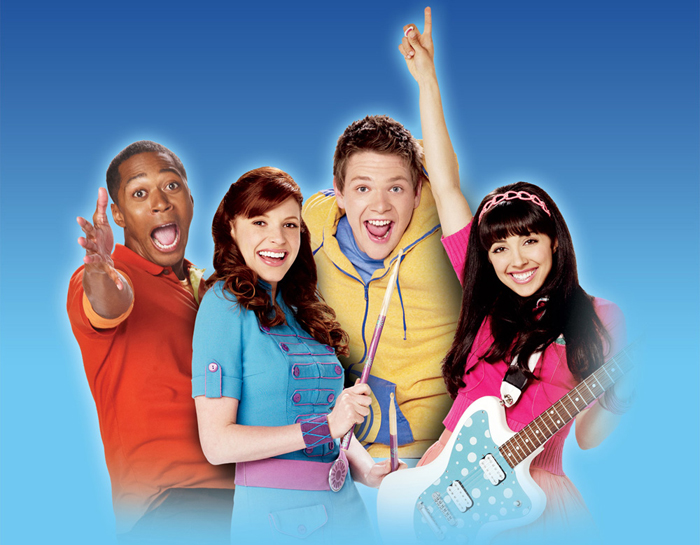 My car stereo has been usurped by my daughter. The days of a few little ditties by The Black Keys or Andrew Bird with a Backyardigans single thrown in for good measure are over. Done. Finito.

It’s fully Nickelodeon up in here with Wita at the helm. Now, I have always fancied myself a fair mother when it comes to allocating music in my car. Everyone should get a little of what they want. I’m down with that. However, lately? Playing ANYTHING targeted to age 18 and over is not happening.

It’s just…Wita, man. She is so stubborn. And loud. And DRAMATIC. If she doesn’t get what she wants in terms of music (or anything else, for the matter), she will sob (and scream) uncontrollably the entire car ride. Not a single solitary soul wants to deal with that, let me tell you. So like a shithead, I totally give in to her dramatics. Because it’s 8:05am in the morning. And I want to drive to school in peace and harmony. Is that too much to ask?

So, Wito and I comply with her demands. Bitterly, on my part.

The current song du jour? Two songs, actually. “Here We Go” and “Reach for the Sky” by The Fresh Beat Band. Oh yes, mothers and fathers. The Fresh Beat Band. I’m not sure it could get any worse. If you have children, surely you have heard some of these songs…I mean, they only play every 24 seconds on Nick Jr! (By the way, did any of you read the post by Anthony Bordain about the Nick Jr shows a few years back? It is absolutely hilarious. He tackles The Fresh Beat Band in the post – “Not to be too cruel–but one of the “kids” in this bunch looks like a 32 year old masquerading as a teen. The lead “singer” (meaning, I gather, he moves his lips obligingly when called upon to do so) has the dead eyes of a man at the end of his string.” HahahahaaHAAAAAA. So true.)

But here’s the thing. She can’t just listen to the tracks once. NO. She has to listen to them on repeat for the entirety of the car ride. Oh, and in case you didn’t know, my children are attending schools by the new house, yet we’re living at the old house, so that means schlepping them across town while enjoying the musical stylings of folks named Kiki and Twist.

So. I ran some calculations last night. You know, just for fun.

If my calculations are correct, I am being subjected to approximately 9 rousing renditions of each song. 18 Fresh Beat Band songs before 9am on weekday morning, people.

And you wonder why posting has been light over here this week.