Wito is captivated by Cars. Sure, most kids go through phases of adoring certain toys or movies, but this Cars phase has now lasted over two years. 700+ days, not that I’m counting or anything.

Cars consumes this boy, and as you can guess, we have amassed an enormous amount of little diecast cars from the movie. It’s truly the best money I’ve ever spent, though, because he has played with the cars on a daily basis since he turned three. I even possess the photographic evidence to prove it. 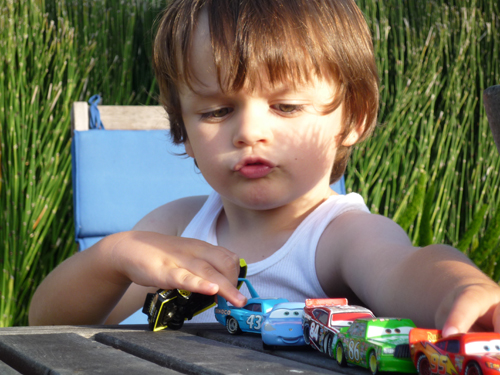 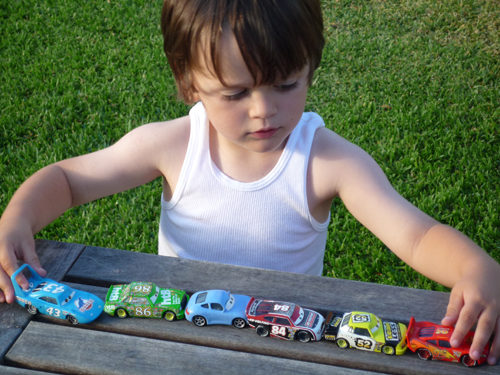 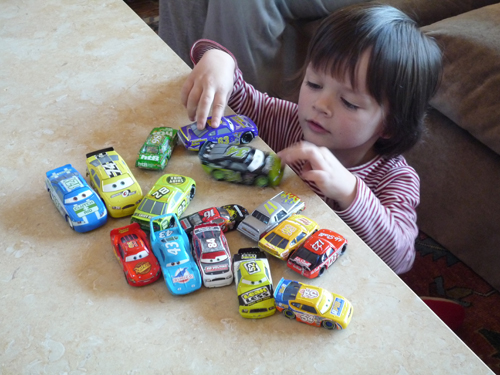 Still loving them in 2010, banged-up paint jobs and all. 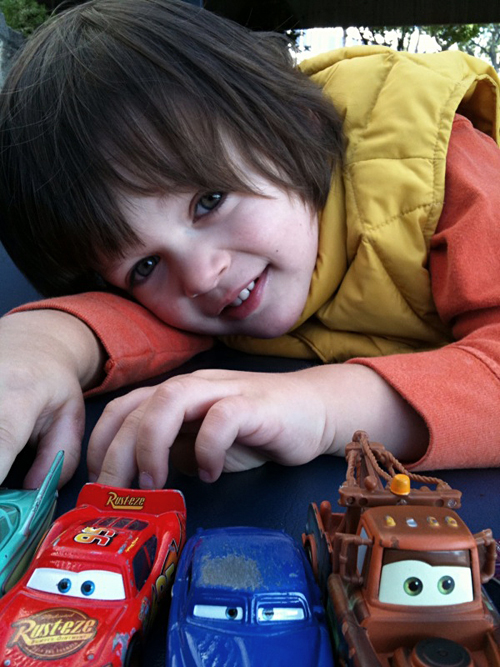 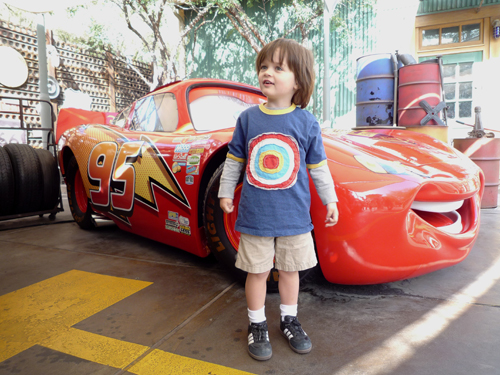 He played with the cars during our short stint in the mold box, 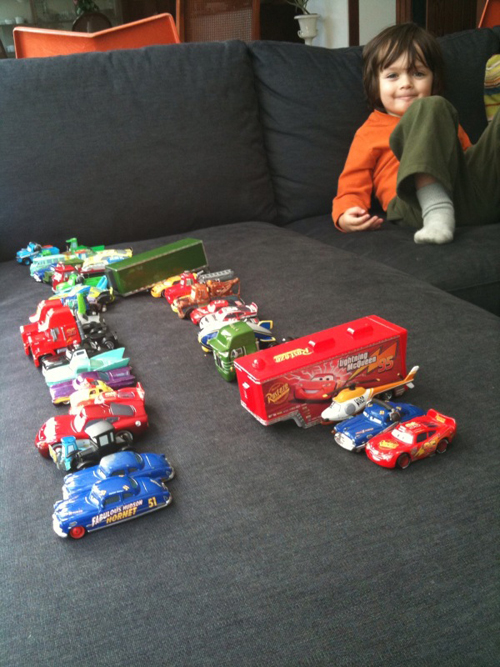 But was super happy when he found their true home at our current house. 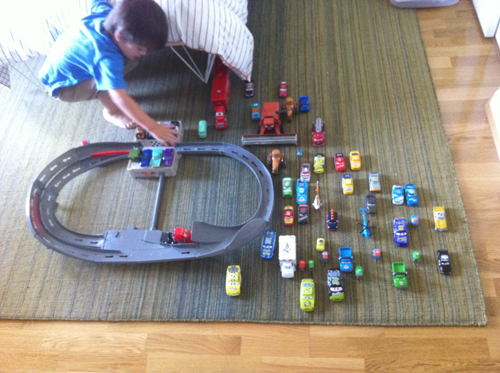 Hanging out with his buddies again at the ripe old age of four. 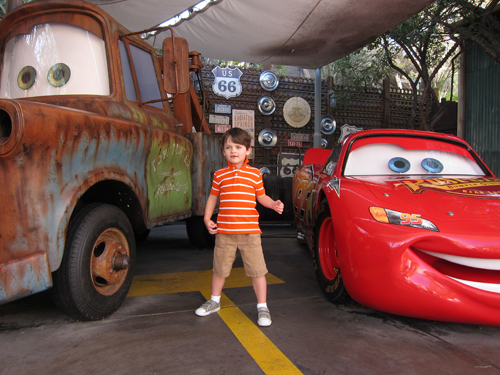 Even branching out into Cars pajamas and stickers.

And still happy as a clam this week, a few months shy of five years old. 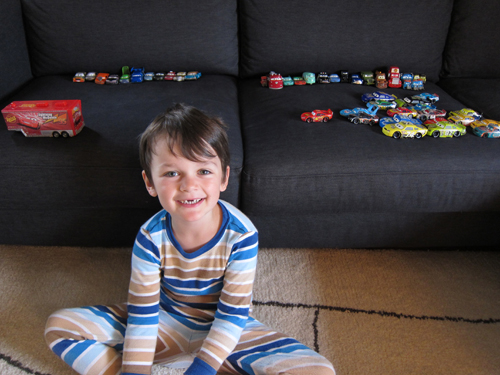 THE BOY LOVES HIS CARS. No doubt about it. Now, I’m not sure if you’ve heard but Cars 2 is being released on June 24th. If you were a friend of Wito, you would most definitely know this information since it has been spewing out of his mouth at 2-hour intervals since the date was announced late last year. (And I adore how he says, “The Cars 2 movie is coming out on June 24!” Not June twenty-fourth, June twenty-four.)

We are very excited over here. Checking the Cars 2 website for new characters and games is one of our favorite things to do right now, and I swear, the boy is about to implode since he knows we are less than a month out.

A few weeks ago, the Cars 2 diecast cars were released in stores, and this mom was on a mission. 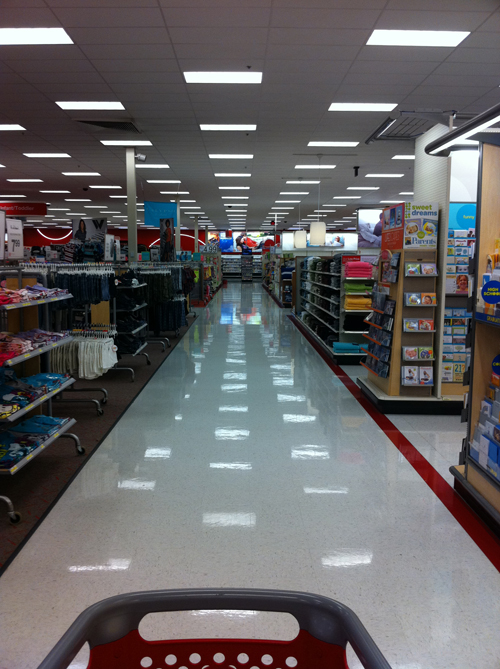 I think I was the only customer in the store. (Which was mighty fine with this mild enochlophobe.)

Okay, are you ready? I am giving you full permission to mock me endlessly. This is what I had in my hand. 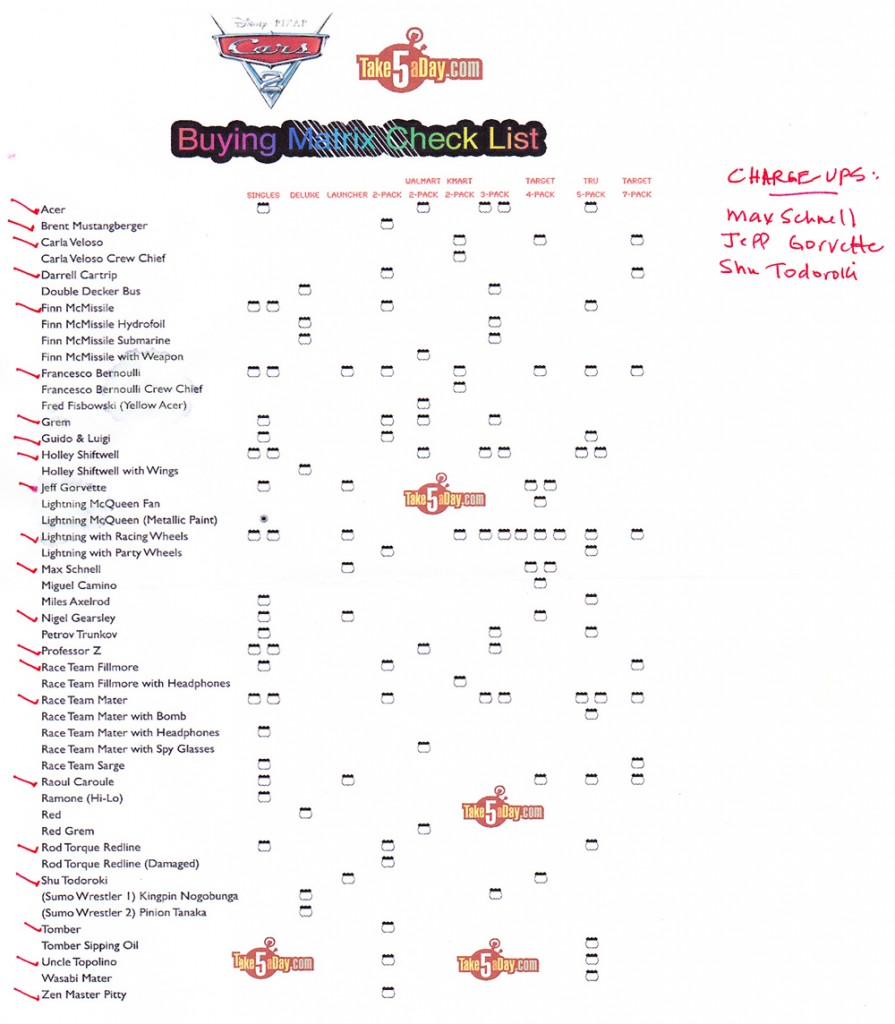 It’s a Cars 2 Buying Matrix Checklist. I WAS CONSULTING A CARS 2 BUYING MATRIX CHECKLIST. BWAHAHAAAAAAAA, WHAT HAS BECOME OF MY LIFE? Wait, don’t answer that. (Obviously, this was BEFORE I decided to work on being a laid back, B+ mom. Ahem.)

The things we will do for our kids. However, I must admit, it’s kind of nice knowing that his August birthday and Christmas gifts have been taken care of by May. Now I just need a place to hide all of this stuff. 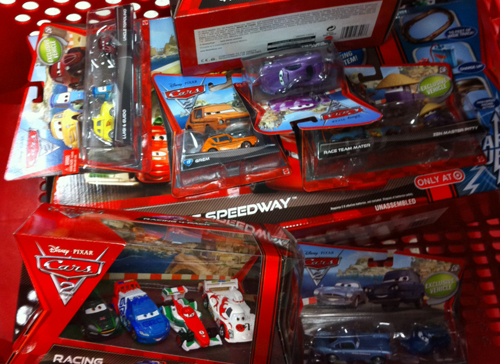 Wito seems to think that if we make the short drive up to the LA premiere on June 18th, they’ll let us in because Lightning McQueen is “one of his good friends.” So if you hear about a mother and son attempting to sneak into the Cars 2 premiere, well, my son made me do it. The things we do for our kids, right?