I’m sure you all are on the edge of your seats wondering if Wito liked Cars 2. Well, we’ve seen it twice now…first in 3D at the advanced screening: 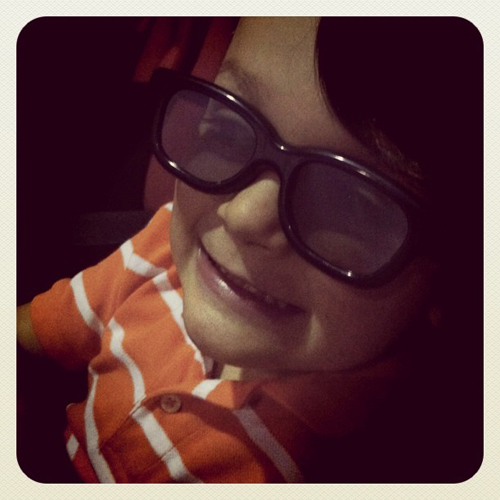 Then again in Oklahoma City with my family. 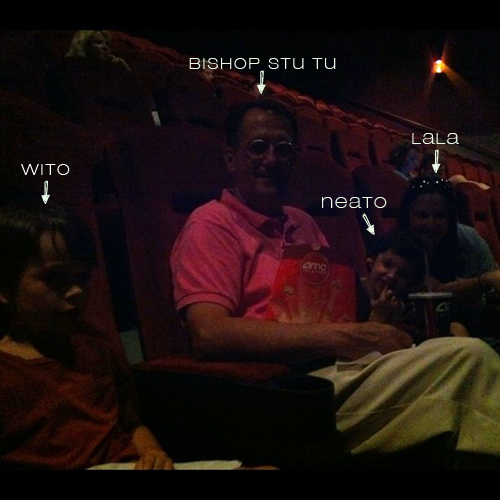 (Unrelated, but have you noticed how blogs are perfect for finding information about your family that you’ve long forgotten? Like the fact that I referred to my sister Lala’s son as “Neato?” Thanks, blog.)

While I must admit that the original Cars will always be my favorite (I thought it had more “heart” than Cars 2), Wito seems to disagree.

Although when we really delve into the reasons why, I think it could be considered a technicality.

Yes, the main reason Wito liked Cars 2 more than Cars is because Pixar was only celebrating 20 years when the original was released, but now is celebrating 25 years. And 25 is bigger than 20. Alrighty then! Basically, a 5-second image preceding the movie was the game changer. Ah, the mind of a 4-year-old. My 4-year-old, to be exact.

Did you see the Cars 2? What did you think? I wished they would have cooled it on the espionage plot and focused more on the races and character development, but that’s just me. I adored Finn McMissile, though. I officially have a crush on…a car. That’s a new one for me.

I’d love to hear your thoughts…but overall, Wito was happy, so I’m happy!

Lastly, the winner of the Cars 2 giveaway is Rebecca!

Congratulations, Rebecca! Your prize will be on its way shortly.