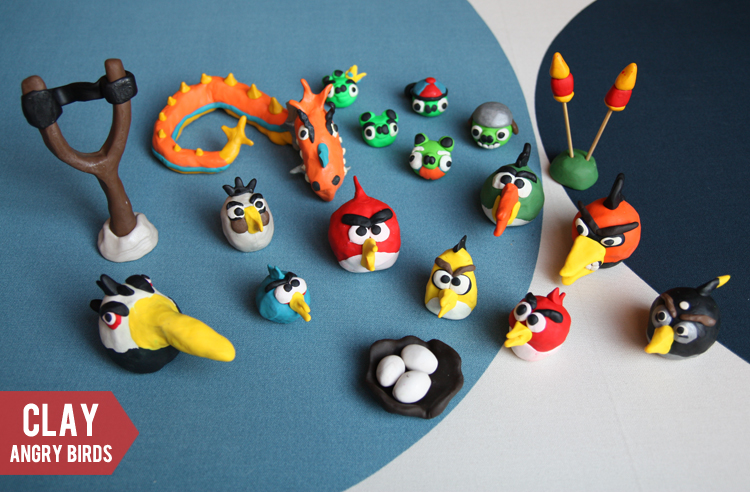 We’ve got quite an Angry Birds fan over here – in fact, I recently wrote about Wito’s obsession (and his knack for recreating the sound effects) at my Babble column. Now, I can’t say that the Angry Birds love has surpassed Cars and Cars 2, but hey, we’re just happy that the kid has branched out a bit.

One of Wito’s favorite things to do (besides play the game itself) is watch other kids talk about Angry Birds on YouTube. To me, sitting for a prolonged period of time while watching someone describe every single detail of every single Angry Bird character seems like absolute torture. However, a YouTube video analyzing every single piece of J. Crew’s spring line down to the very last stitch would be riveting to me. RIVETING, I say. Potato, potahto.

A popular YouTube video at the Whoorl household is EvanTube’s Angry Birds Clay Figures. Evan is this adorable kid whose dad created all the Angry Birds characters in polymer clay for him; and of course, once Wito saw this, he was absolutely transfixed. “Please dad? Can we make clay Angry Birds?” became the #1 request at our house, and D decided he was ready to take on the challenge last month. (I am not a crafty figurine maker, so I stuck with taking photos.)

Here’s how they did it.

You will need polymer (oven bake) clay from the local craft store, aluminum foil, and an Exacto knife. Our local Michael’s had a big sale on Sculpey, so we bought tons of colors. 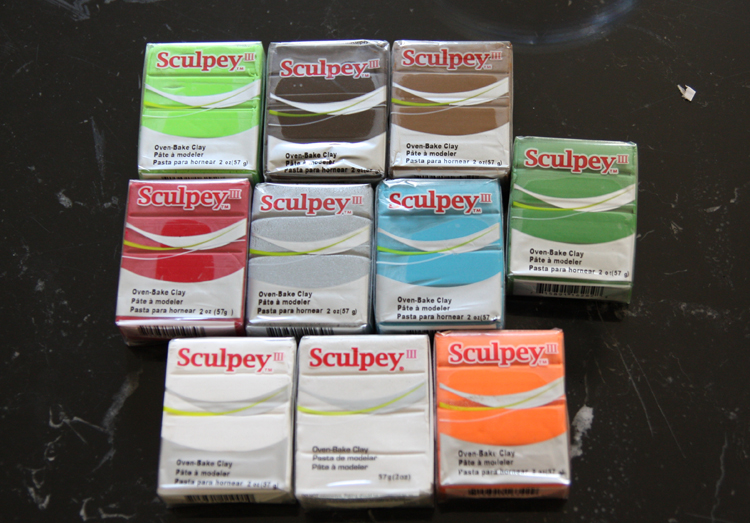 The key to making the clay figurines is finding a good model, and the EvanTube video is great. Even though Evan doesn’t detail the process, D would pause the video to get a good shot of the bird, and work from there. 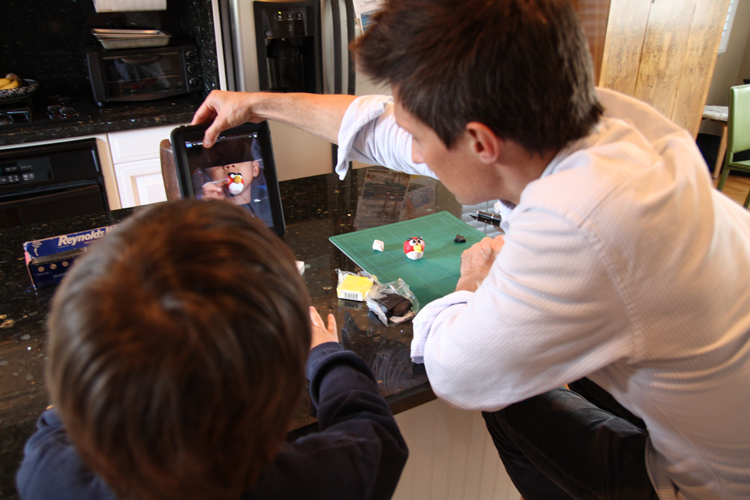 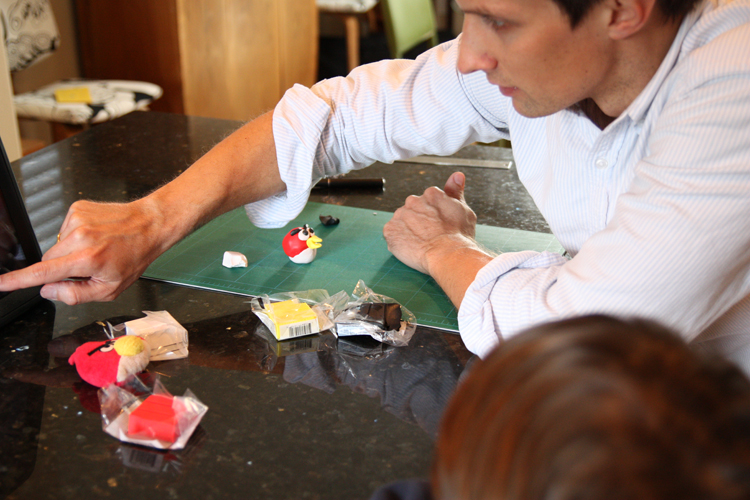 D pretty much worked on the first bird himself while Wito jumped up and down in the corner. 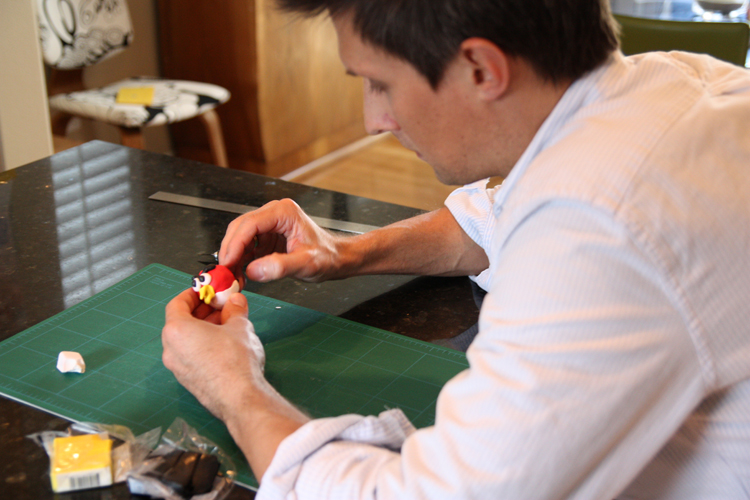 As you can see, Wito was thrilled with the result. 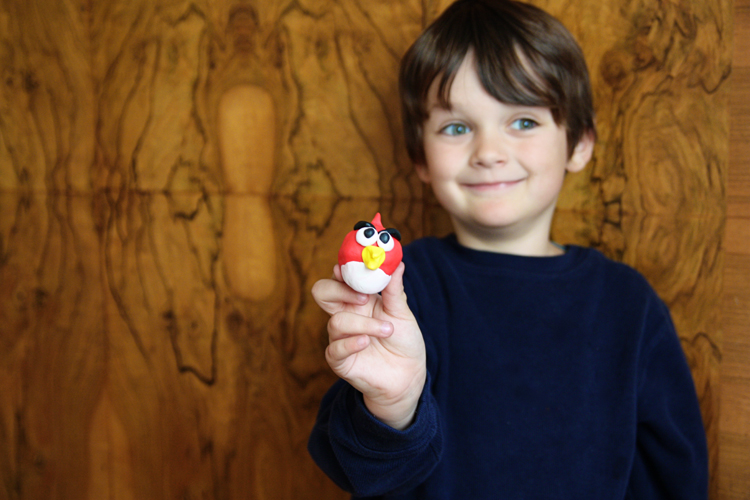 Before we knew it, Wita wanted in on the action! 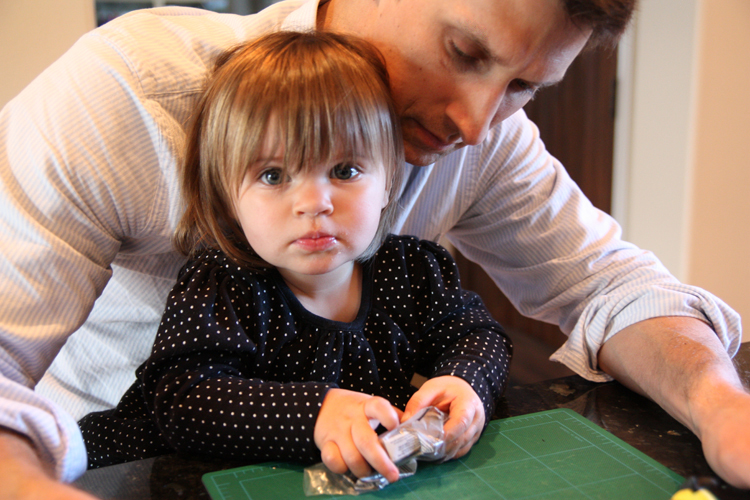 Before you use the clay, you need to create the shape of the Angry Bird with aluminum foil. Most birds and pigs are circular, but a few are triangular. Wad up some foil and press into the desired shape. 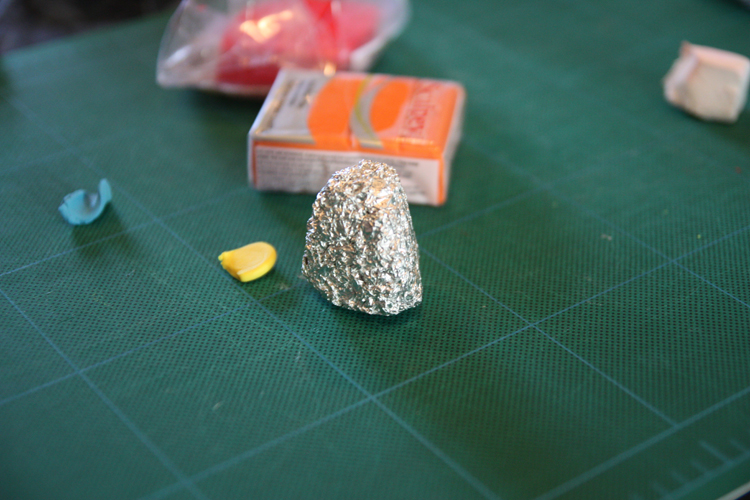 Then flatten out a piece of clay into a thin layer, and wrap the foil completely with the clay. 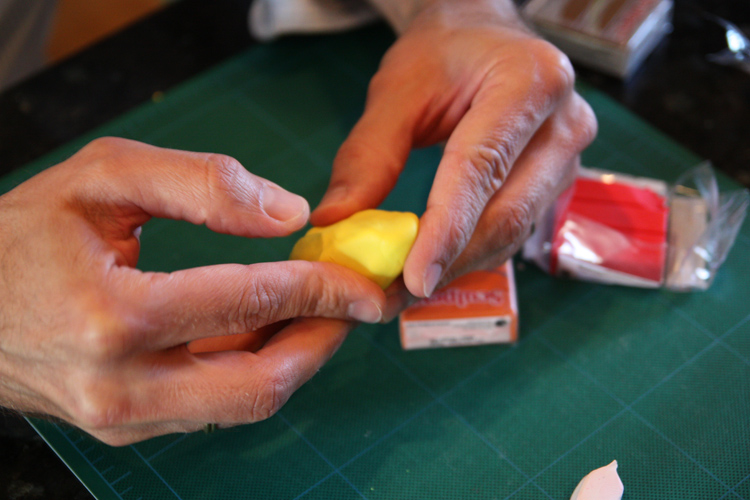 Once the foil is completely covered, you can add the eyes, beaks, and other features. This is when an Exacto knife could come in handy, but D preferred to mold the features with his fingers instead of trying to make it perfect. 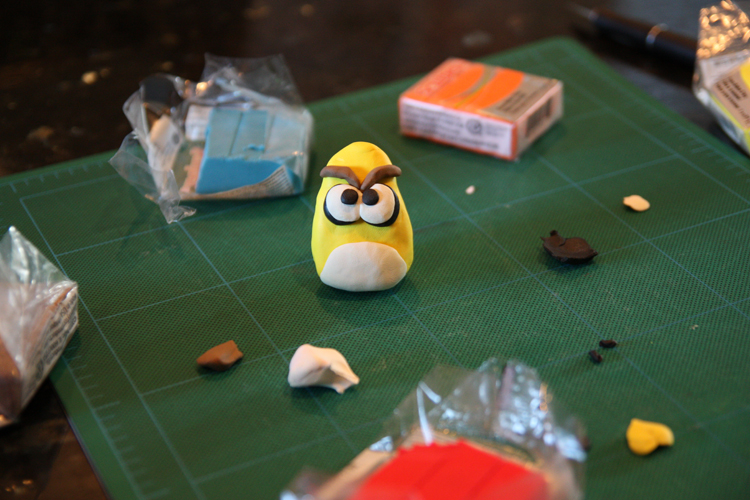 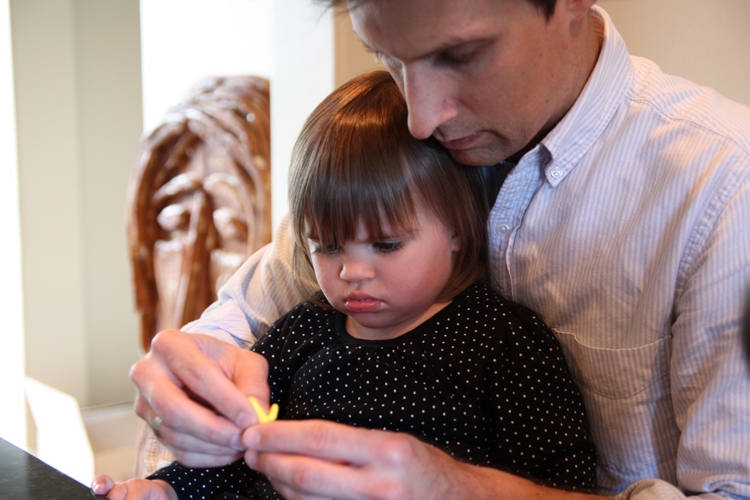 The kids loved watching the birds take shape, and since there are so many, we did a few birds every weekend. That way, D’s fingers didn’t fall off from exhaustion and Wito had something really exciting to look forward to on Saturdays. 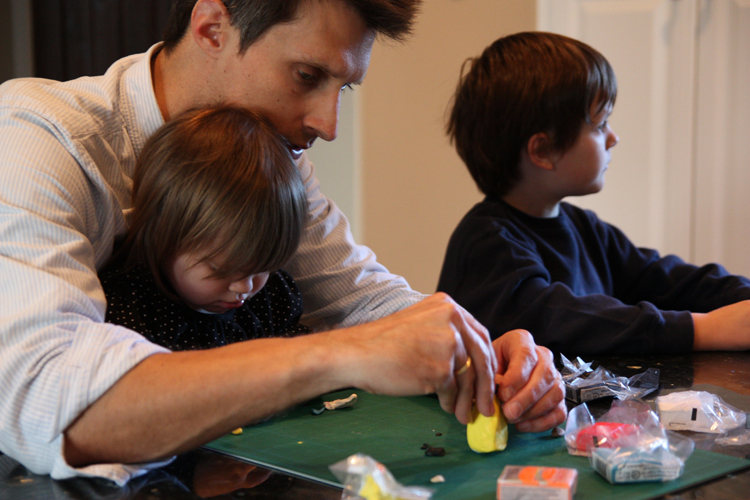 Once the birds are complete, just bake them on a foil-lined cookie sheet for around 20 minutes in a preheated 275-degree oven. 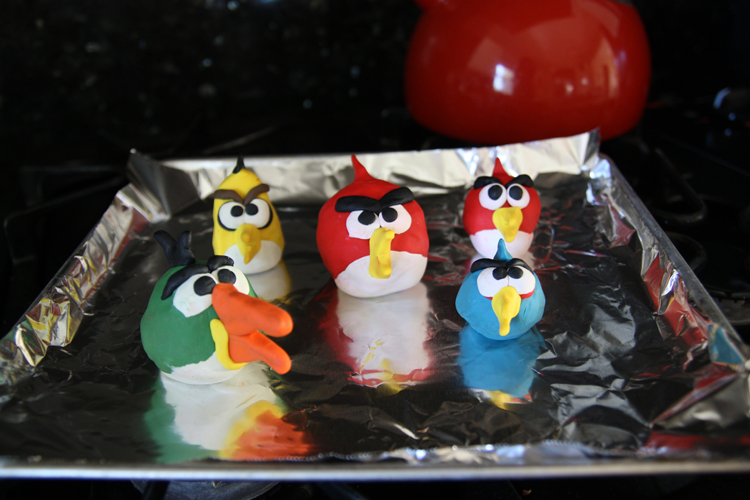 And voilá! Clay Angry Birds figurines. (Even the Mighty Dragon!) 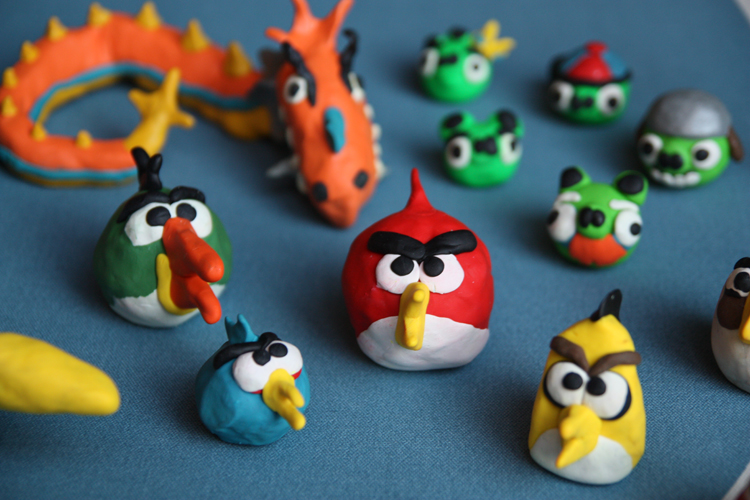 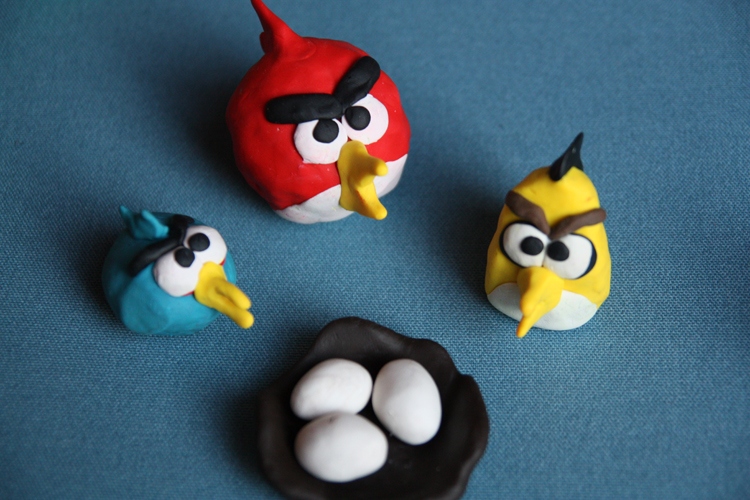 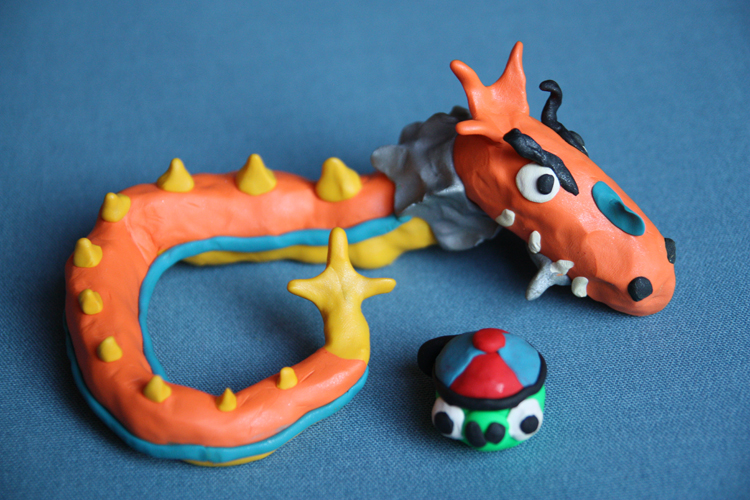 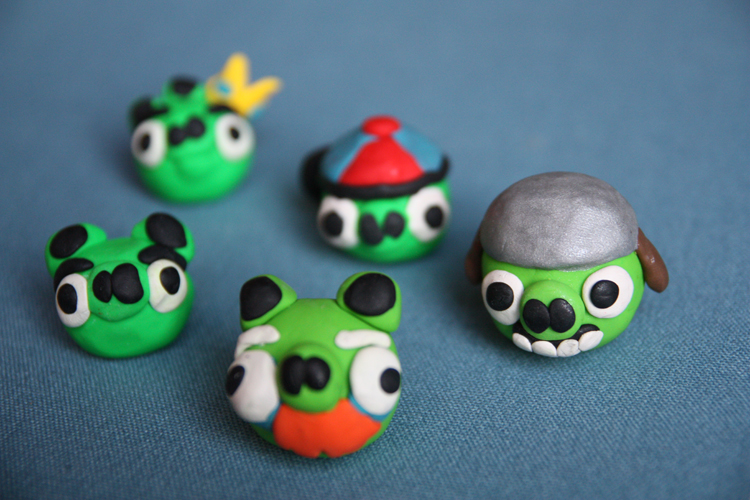 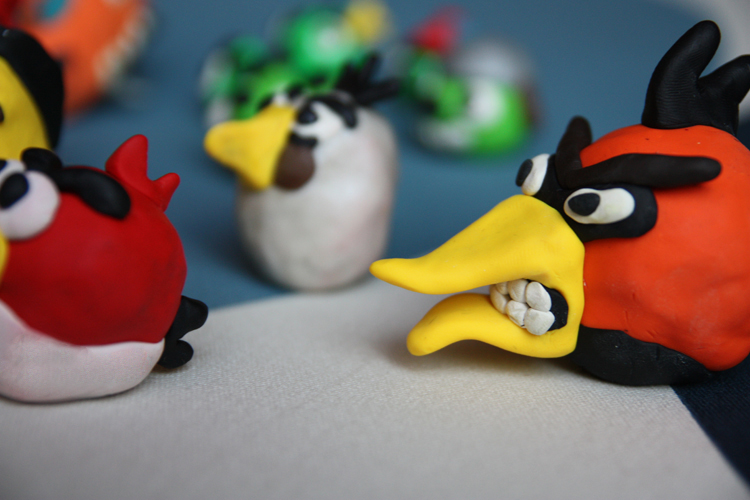